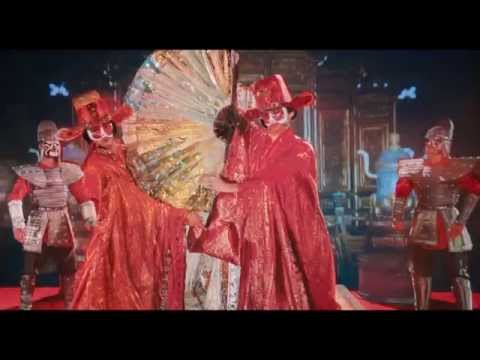 «Arventur» is a country invented by a writer Alexander Grin, where real life and a specific imaginary world exist simultaneously. Film consists of two independent plots, which are parts of one dramatic story about the difficult “relationship” between the reality and the art of illusion.

The first story called “Mystery of the sea view” is taken from Daoistic parable about the great Chinese Artist and Emperor.Once Emperor, grown up on paintings of Artist, realizes that the true world and his own kingdom are not as beautiful and harmonious as the reality painted on the canvases. Emperor can’t accept all dirt and horror of the cruel real life. Artist’s skill and witchcraft have turned him away from everything that he possesses and have made him wish for what will never exist.

The second story is based on Alexander Grin’s story “Fandango”. It takes place in Saint-Petersburg in 1920. The main character looking for a place to spend a night being in a maze of empty rooms and holls of former central bank, is happened to be involved in a horrific confrontation between wererats and Ratcatcher whose daughter he fell in love with.

THE MELODY OF STRING TREE
directed by Irina Evteeva
2020